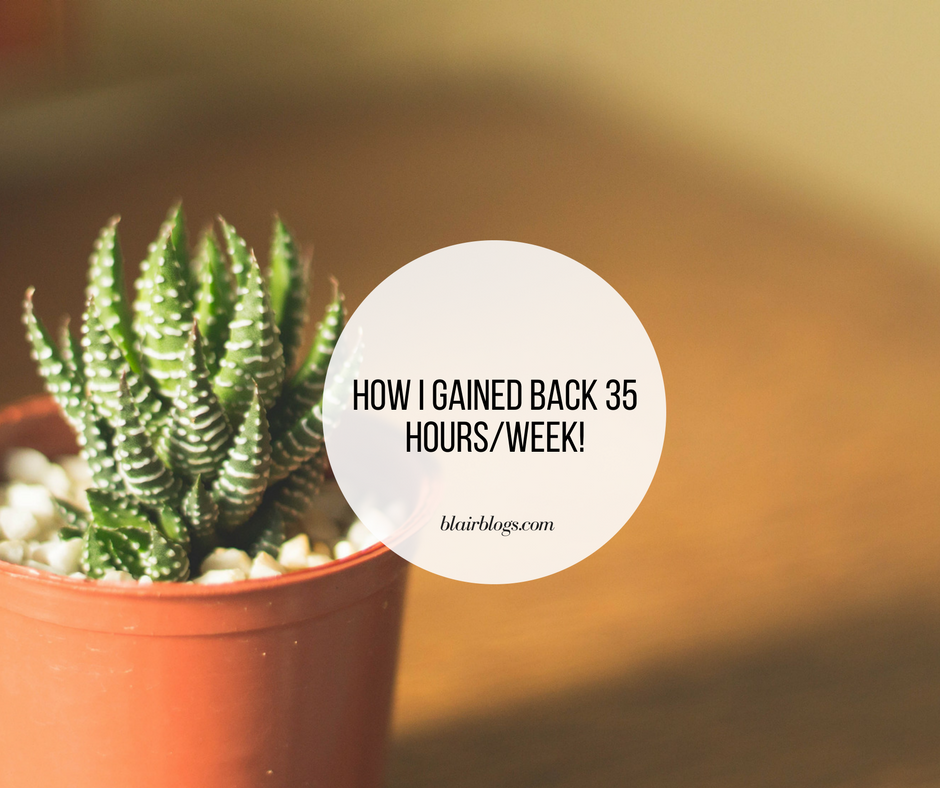 I’ve made two small changes this year that have changed my life in a big way. They’ve simplified and streamlined my day, given me back hours and hours of time, and allowed me to live more peacefully. Let’s jump right in!

1 | I deleted time-sucking apps off my phone

I deleted the Facebook, Twitter, and WordPress apps off my phone in January. Right before we left for our Disney vacation, I was cleaning up my phone to ensure that I would have enough storage for all of the videos and photos I wanted to take while we were away. Once I deleted all the random apps I’ve never used and uploaded all of my photos to Amazon Cloud Drive (affiliate link), I decided to take it a step further. I deleted three apps that are huge time and attention sucks for me in an effort to be more present throughout our trip instead of constantly scrolling through my phone.

For me, those apps were Facebook, Twitter, and WordPress. I rarely use my personal Facebook account but spend quite a lot of time on my Blair Blogs Facebook Page engaging with readers and posting content. I knew I’d be tempted to respond to comments and messages if I had Facebook on my phone, so I deleted it, thinking I’d reinstall it after the trip.

Twitter was my biggest waste of time ever, ever, ever. I almost never tweeted, but I would idly scroll and scroll and scroll through hundreds of 140 character quips, rarely engaging with anyone. Time spent scrolling through Twitter was time completely squandered. I deleted that one too, again thinking I’d reinstall it afterwords.

Lastly, WordPress. WordPress is the platform my blog is hosted on, so the WordPress app allows me to write, proofread, and publish posts (though it’s hard to do on a phone), approve and respond to comments, etc. Although actually helpful, I found myself obsessively checking the WordPress app throughout the day, and decided that it was as much a waste of time as Facebook and Twitter, so it had to go too. And yep, you guessed it! I planned on reinstalling this one post-trip as well. I estimate that I spent 1-2 hours/day on these apps when they were installed on my phone; without them, I’ve gained an extra 7-14 hours a week!

I’ve realized that spending a small amount of intentional time on Facebook and Twitter when I’m at my computer is all that’s needed to keep them afloat. Neither require the countless hours I used to dedicate to them. In fact, I’ve seen an upswing in engagement because I’m more thoughtful in my postings and responses. As far as WordPress is concerned, I spend hours on it daily anyway (on my computer blogging)–it’s unnecessary (and borderline obsessive) to spend any further time when my computer is asleep.

The ten seconds it took to delete these three apps has given me back hours and hours of time each week. I was only able to kick them off my phone under the pretense that I’d reinstall them after vacation, but the freedom that came from not carrying these platforms with me was surprisingly huge. I have no plans to reinstall any of the three.

I highly encourage you to take a look at the apps you spend the most time on and consider deleting them off your phone. You can tell yourself it’ll only be for the weekend, or for the month, or for your next vacation–but don’t be surprised if you never see them again! I was floored by how much time I was wasting and am thrilled to have reclaimed those hours.

I wrote about our decision to get rid of cable in this post. As I explained, this was a major decision for us, pathetic as it is to admit. I used to love watching hours of television every night! Whereas I estimate I used to watch between 20 and 30 hours of TV a week (about three-four hours a night), I now spend a maximum of three or four hours a week in front of the TV. From 20-30 hours to 3-4. I literally regained one whole day a week! That astounds me.

I go to bed earlier, I sleep better, I read more, I get more done in the evenings. Every good thing you’ve heard as a result of someone giving up TV has happened in my life. I don’t recognize this person–I’ve been a major TV addict since high school–but I like her!

Instead of watching TV after dinner, we take longer walks, sit together and talk, fold laundry, I work on blog posts or Etsy orders or editing YouTube videos–we’re actually productive! It’s amazing how much time cable stole from us. Even after hearing dozens of stories of couples who cut cable and assured me, “you won’t miss it!” I honestly believed that, of all people, I would miss it. Let me tell you: if I don’t miss it, you won’t miss it. If I can get rid of cable, anyone can.

With Netflix and Hulu and others, you can watch what you want to watch intentionally, instead of spending so many mindless hours in front of the television. Perhaps this summer, with the warm weather and long days, would be a good time to cut cable and see how it suits you? (The money saved is a great incentive, too!)

You’re entitled to spend your time however you see fit. I only encourage you to look at the time you’re spending on mindless activities, like time-sucking apps or watching TV, and calculate how many hours you’re actually squandering. I was shocked by the number of hours I could get back but cutting out just these two things. I so often hear how people “don’t have time” for this or that–and usually, it’s just not true. We all have the same number of hours in the day, it’s how we spend them that counts. The most successful people don’t have more time than you or me–they simply use it more productively.

// Have you ever cut something out of your life that’s given you back lots of time? 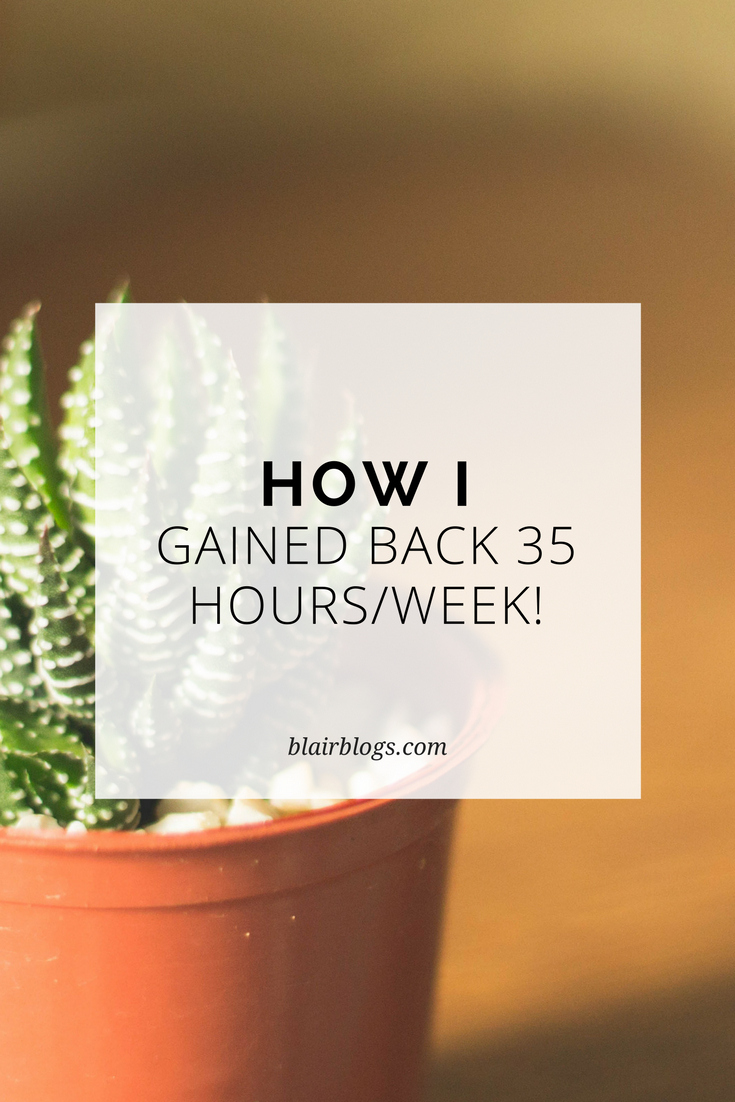