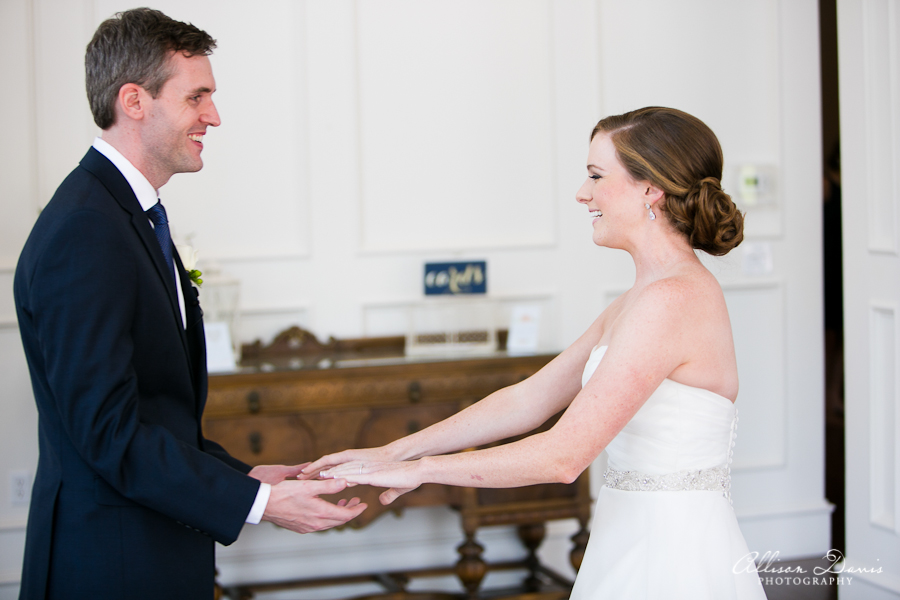 Today is part two of a two-part mini-series on being a thoughtful wife in collaboration with Hannah from Just Bee! (Read part one here.) Hannah is a lovely blogger, teacher, wife, and believer who writes from rural Minnesota. Today, both Hannah and I are sharing some practical and implementable ways to love your husband and live out being a thoughtful wife.

It doesn’t matter if you’re married or not–if you haven’t read The Five Love Languages, you should. I read it years ago in college and have referred to it many times as I’ve navigated various relationships with family, friends, and Riley. The purpose of the book is to identify and explain the five main love languages (or, how a person gives and receives love) as well as provide insight and ideas to “speak” other love languages.

For example, my primary receiving love languages are Words of Affirmation and Physical Touch; Riley’s are Quality Time and Physical Touch. It’s so important for both of us to recognize that the way we feel loved is not necessarily the way someone else feels loved. Our love languages are quite compatible, so we honestly haven’t struggled too much with them. However, I have several close friends who have had to spend a great deal of time learning their husbands’ love languages (and their husbands, theirs) because their lack of understanding/education was causing unwarranted hurt and resentment.

Make him food that he loves, even if you don’t like it

It’s really easy for me to make meals that both Riley and I love, but it’s not quite as appealing to prepare a meal that I don’t like myself. There are a few things that Riley loves to eat, (like fish, oysters, chili, and buffalo wings) that I don’t particularly care for. I try to make an effort to prepare/purchase these foods anyway, because he enjoys them.

I especially hate seafood (and thus have no clue how to prepare it!), so I always try to find restaurants for special occasions or his birthday that have a great seafood selection. For Riley’s birthday, we went to an oyster bar. He was in heaven, and I ate a lot of bread! 😉  In the Winter, I make chili every few weeks, even though it’s not my favorite. Clearly, if I made foods I don’t like or eat 24/7, I would be miserable. But the occasional sacrifice to show Riley I’m thinking about him is totally worth it!

Do one small thing

Thoughtfulness, in my opinion, more often manifests itself in the small things than the grand gestures. Doing just one small thing at each step of your day to help out your husband can convey loads of love and thoughtfulness.

If I get up before Riley, I often turn on the shower for him, lay out the bath mat, and put his towel out just before his alarm goes off. This takes me 30 seconds, but I hope it lets him know that I’m thinking about him first thing in the morning. Another thing I sometimes do is lay out everything he’ll need for his daily iced coffee on the counter–the cold brew, milk, coffee syrup, spoon, and a cup of ice. Again, this is fast, but hopefully thoughtful.

He reciprocates with all kinds of things, from putting away the laundry (which is my job) to asking me if I need my neck rubbed before bed when he knows that my back hurts.

Whenever one of us gets up from the couch in the evening, we ask if the other one needs anything. We take turns leaving ice water on each other’s nightstands before bed. We fill each other’s cars up with gas if we take them out. None of these things are incredible on their own, but they add up to a loving, thoughtful marriage.

Don’t gripe about his purchases

We have a family budget, but we both have spending money as well. I spend my money on things he doesn’t care about, like clothes, décor, or hair products, and he never says a word about it. When he spends his money on a guitar pedal, xbox game, or horror film, none of which I care about, the thoughtful thing would be to keep my mouth shut. (Working on this one!) I often find myself saying, You bought what? instead of Whatever makes you happy!, like he does for me.

Celebrating and embracing our differences is something I’m learning a lot about in this season of our marriage. I’ve found myself so thankful lately for our differences because I really, really wouldn’t want to be married to someone exactly like me. Being thoughtful is being thankful that we’re not exactly alike, and accepting that in our differences, we won’t always spend money the same way. And that’s okay!

Ask him what you can do for him

Whenever Riley’s working on a project, I try to ask him “Is there anything I can do to help you?” Sometimes, he’ll ask me to hand him a screwdriver, other times, he needs some water, sometimes, it’s nothing. He always does the same for me when I’m in the middle of something.

You don’t have to be a mind reader to be thoughtful; you just have to ask! Ask him what he’d like for dinner this week if you’re the cook. Ask him if he needs anything from the mall when you go. Ask him if he’d rather have water or tea. Ask him where he wants to go on your upcoming date night. Just ask! This simple step of asking has saved us many times in our marriage because it opens the door for pleasant and honest conversation.

Thank him for the little things

I’ve spent a lot of time around various married couples, especially when I worked at a church in ministry. One of the first signs of an unhealthy marriage, in my experience, was a lack of thankfulness. Couples who expected things from each other without ever saying “thank you” seemed to be the most unhappy of all.

And the remedy is so easy…just say thank you! Even if he does something that’s his responsibility in your house, thank him for it! When he mows the lawn, thank him. When he take the dog out, thank him. When he comes home from work, thank him. Cultivating a household of genuine thankfulness is so critical to a healthy relationship. Riley thanks me every day for things that are decidedly my job–the laundry, cooking, cleaning, etc. It’s such a blessing! I try to do the same for him. So, thank your husband for the little things, the things that almost go unnoticed. It’s so important!

Dating was full of surprises, wasn’t it? Flowers and cards, fun dates, first kisses and love letters. Married life is naturally a little less surprising, but anything is possible if you’re committed! I love trying to surprise Riley in our day-to-day life; he does the same for me.

When I used to pack Riley’s lunch (he now comes home for lunch), I would sometimes leave him notes inside his bag. He brings me flowers every once in a while unexpectedly. I sometimes buy his favorite flavor of ice cream at the grocery store, he brings me candy every now and again (we love food). If I’m shopping and I see something that he’d love, I buy it for him. I don’t need to share dozens of examples–I’m sure you get the point! Surprises are fun and thoughtful, they’re like a win-win!

One of the reasons Riley and I fell in love is because we are both very, very opinionated. About mostly everything. He could talk for three hours about how disgusting he thinks quiche is and I could spend the same amount of time discussing my hatred for belly buttons. We both have intense thought patterns, so our conversations are often lively and always very interesting. We always say that we fell in love with each other’s minds.

Put two opinionated people in a house and you’re bound to end up with disagreements! The key word there? Disagreements. The two of us disagreeing is inevitable; the two of us fighting is a choice. We have grown so much in this area over the course of our marriage–being able to discuss something, disagree, and remain calm. Agreeing to disagree is a real thing, and an important one at that. We agree on the things that matter–our faith, our family, and our future–the rest is unimportant. Let opinions be opinions.

// How do you practice thoughtfulness in your marriage or relationship?