{This post is best viewed on my blog, here.}

Are you familiar with the Dove and Axe controversy? Basically, both of these brands are under the Unilever parent company, yet stand for wholly different morals. The question is: can both brands coexist under the Unilever umbrella?

Dove stands for real beauty and real women. It stands for the perfection that is imperfection and that beauty comes in all shapes, sizes, colors, and ages. In order to impart its stance to the world, Dove launched The Campaign for Real Beauty in September 2004. The brand chose a group of real women (not models) as their spokespeople (pictured below).

Boldly featuring real women instead of models was only part of the campaign. Dove also put together several viral videos on the internet exposing the reality of the beauty industry. One such video, Evolution, showed an average-looking woman being transformed into the supermodel (pictured below) we see on a billboard, ending with “No wonder our perception of beauty is distorted.”

Dove’s efforts didn’t even end there. The brand also started the Dove Self-Esteem Fund for girls (primarily aged 8-12), which included workshops, programs, and conversations to establish a healthy self-image and self-esteem.

Everything about the Axe campaign plays to the old adage, “sex sells.” Axe promises users that scantily-clad model-esque women will be unable to resist them, flocking to them like uncontrollable animals. The women in Axe advertisements wear almost nothing, are sex-obsessed, and are objects of desire more than anything (pictured below). A far cry from the Dove women mentioned above.

Axe’s current campaign is Showerpooling, which encourages men to shower with women in an effort to save water and the environment–and get naked with women. The creators of the campaign have gone as far as creating an online pledge to “Showerpool” that can be signed by men.

While these ads are targeted to men ages 18-25 (perhaps even older), Axe’s real target market is middle and high boys around ages 12-18. Which poses the question: Is Axe’s campaign strategy in line with Unilever’s? Is Dove’s? Can they coexist? Which leads me to examine Unilever’s Mission.

According to Unilever’s website, the company’s mission is “We help people around the world meet everyday needs for nutrition, hygiene and well-being, with brands that help people look good, feel good and get more out of life.”

Given Unilever’s mission, I don’t think that both brands can exist under the same parent company ethically and morally. Dove stands for real women and real beauty while Axe stands for sex-crazed and perfect models. One inherently disputes the other. Dove cannot attack “the beauty industry,” when the so-called bad-guys of the industry are under the same parent company as Dove itself!! That’s simply ridiculous. There are two solutions:

1. Sell either Dove or Axe to another company and come clean about Unilever’s real values.

Assuming that Unilever is unwilling to sell the highly profitable Axe brand, I propose that Axe change its campaign to be more target-market friendly (do 12 year old boys really need to watch naked women?) and align with Unilever’s mission. Brand guru Kelly O’Keefe says, “Axe knows its target market is 12 year old boys. Which raises the question: is it ethical for Axe to market hot, naked women to boys of that age?”

Axe could capitalize on this awkward in-between target market’s need for self-confidence, much like the Dove girl counterparts. Perhaps an age-appropriate (yet humorous) message would be more ethical and allow the two brands to exist in peace.

One idea for a new Axe campaign came from my classmate, who dreamed up a tagline of “Let Axe do the work.” With this in mind, I came up with the following idea for a TV commercial: 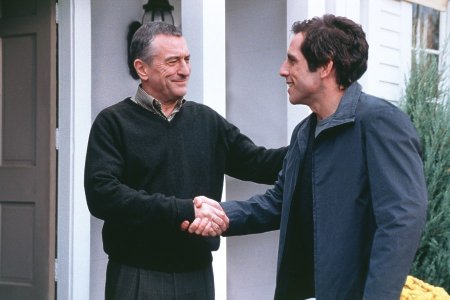 Think Jack and Greg from Meet the Parents: the teenage version. Men of all ages love ridiculous humor, and I think this type of campaign may be the key to bridging the Dove–Axe gap.
I am curious to see what Unilever does (if anything) to address this controversy. I certainly hope they do something.