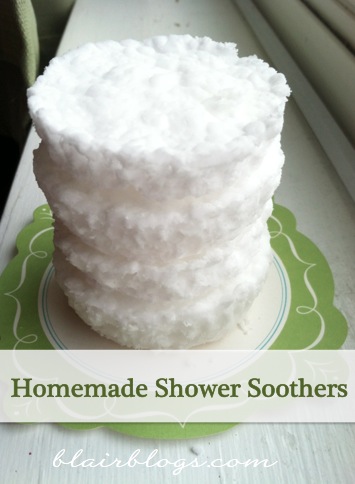 Did anyone ever use shower soothers when you were congested as a kid? Is this photo ringing any bells? 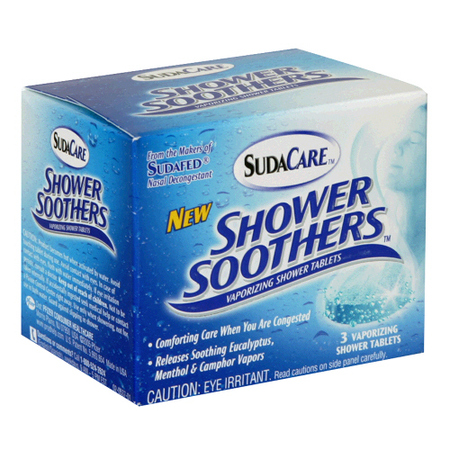 They rock. You put one on the floor of the shower and the tablet vaporizes as you bathe, helping to clear out your sinuses. Problem is they’re really expensive. Like $6 for a box of three. No can do.

So, when I came across this recipe on Pinterest, I had to give it a shot. 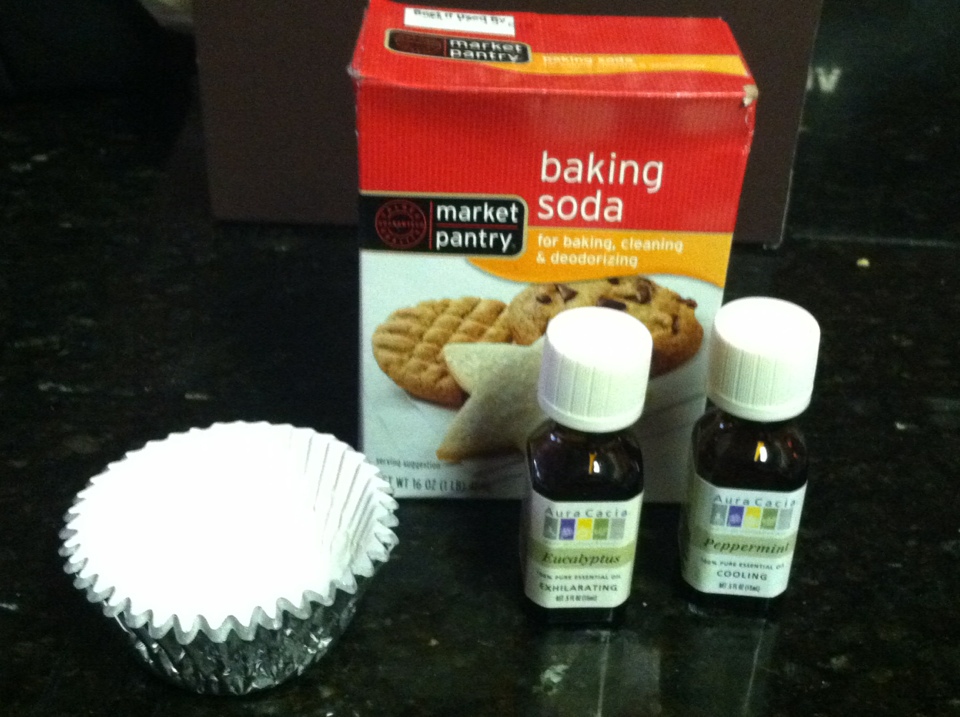 The recipe is really quite simple. First, line your cupcake tin (the following measurements will make about six discs, as you can see I went a bit overboard with the cupcake liners at first)… 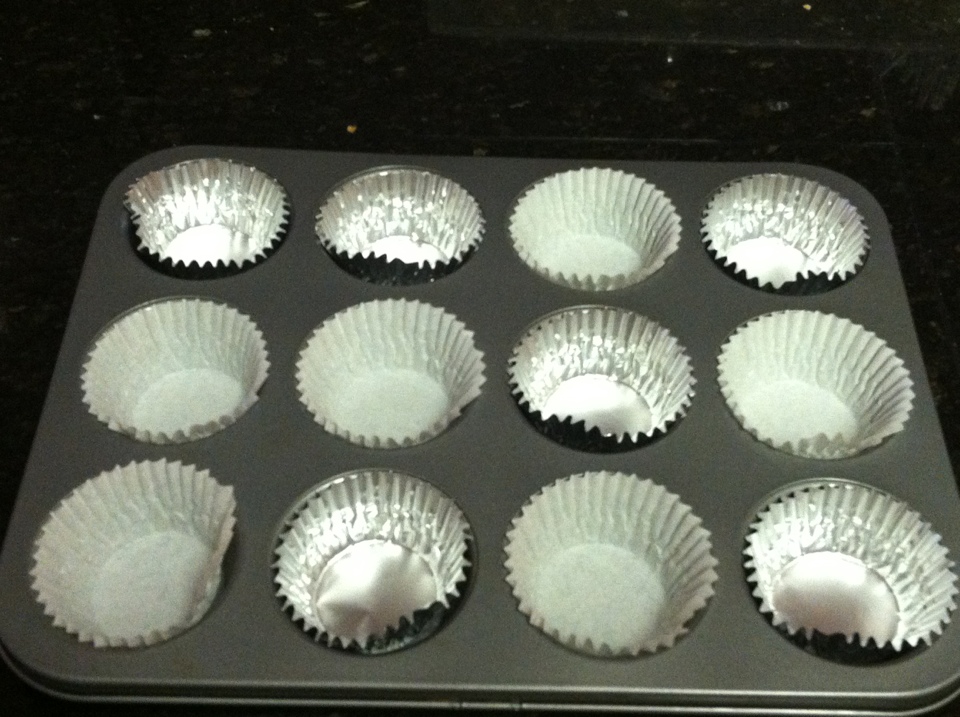 Next, mix up 3 cups of baking soda and a little over 1/3 cup of water. 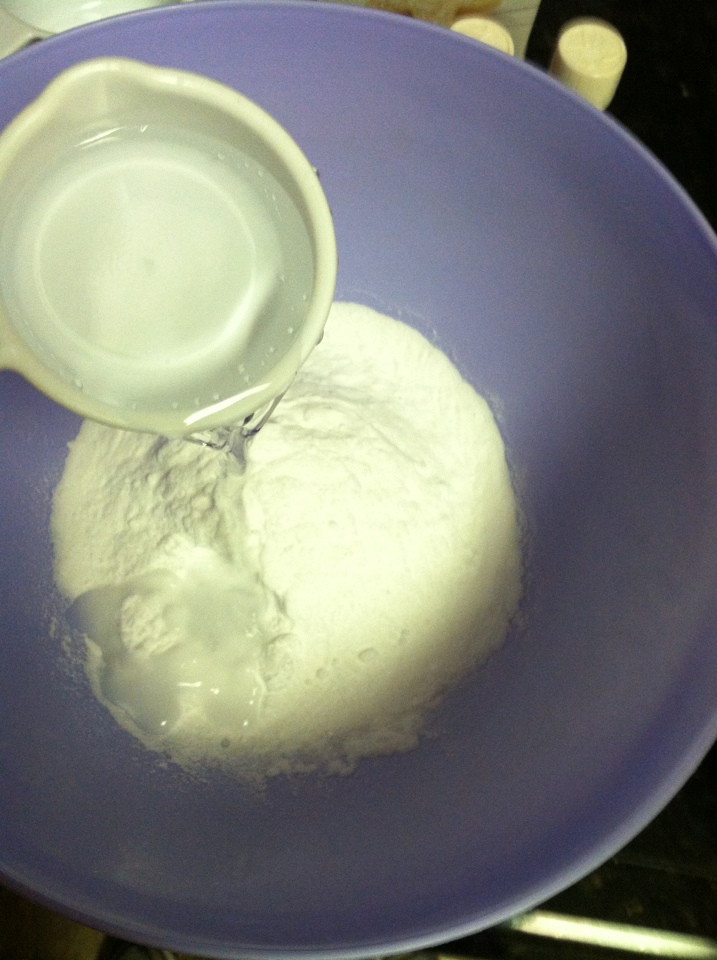 The mixture should be think and paste-like. Now, spoon the mixture into the six cupcake liners. 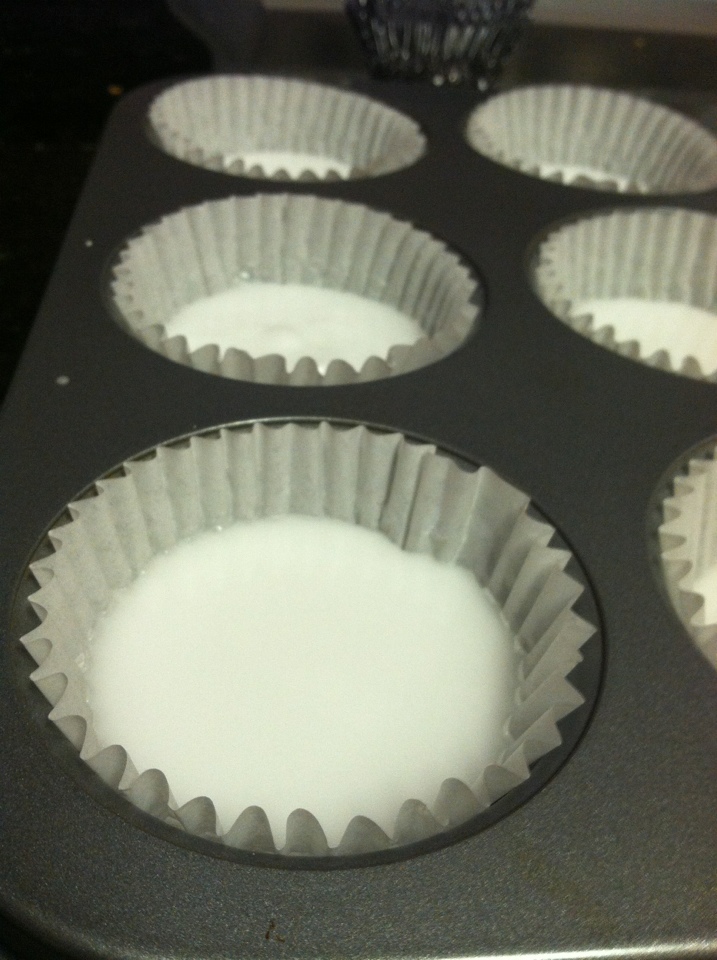 Now you have to let the mixture dry out. You can either go the impatient route like me and bake the suckers for 20 minutes or so at 350, or let them sit out overnight.

Once they’re cooled, put a few drops of the essential oils on each one. You can experiment with different combinations, but make sure you put at least 5-7 drops on each. 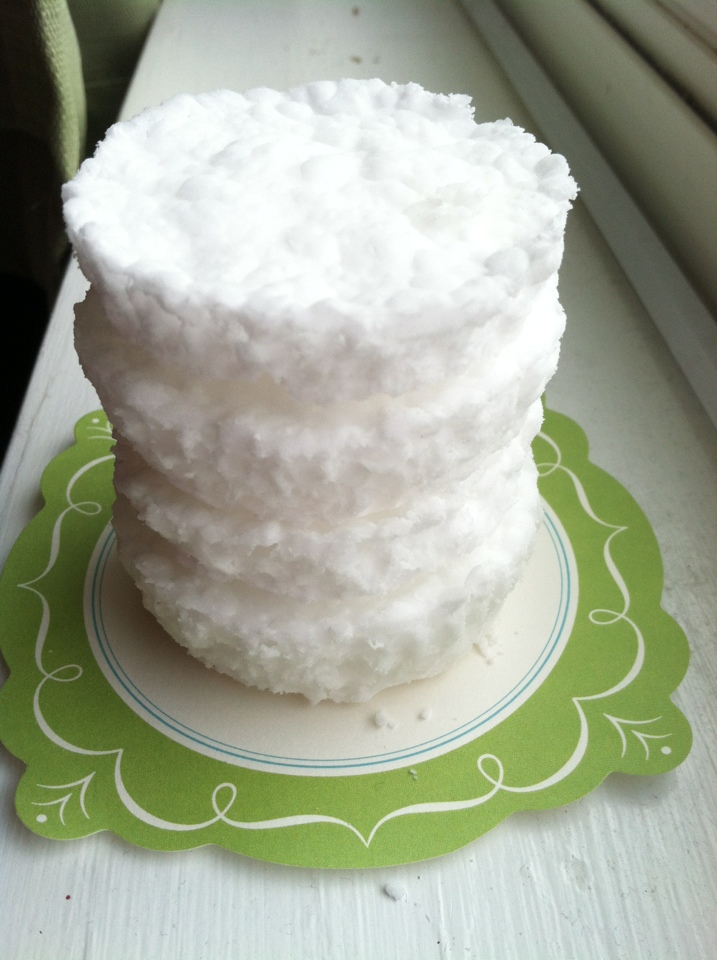 Here are my shower soothers after they were cooled! I then popped them in a container and labeled it of course… 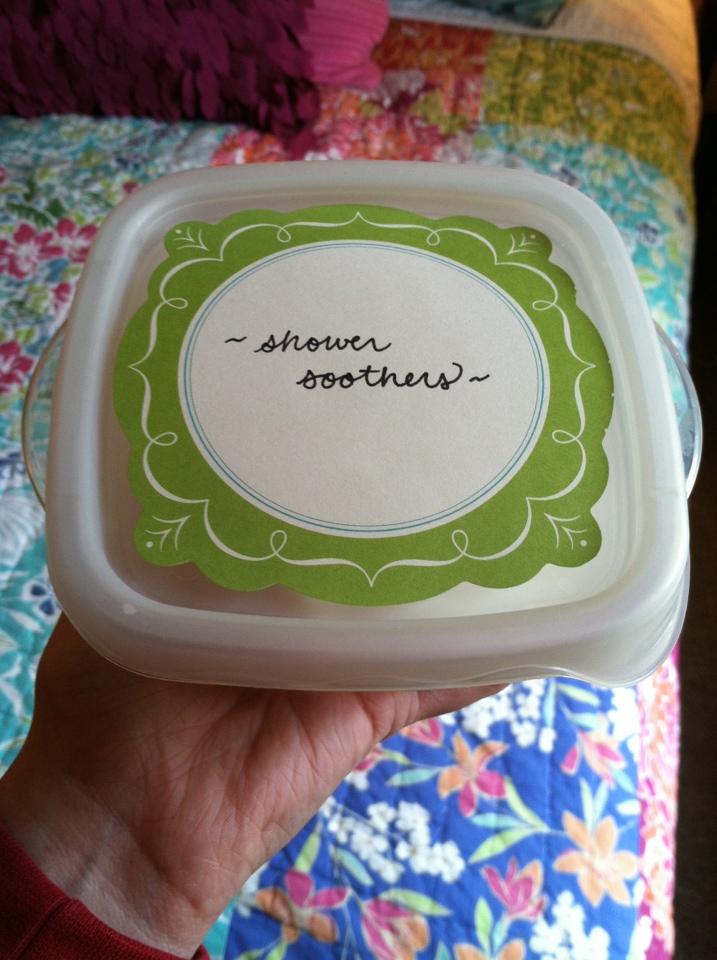 Directions for use: do not place them directly under the hot water stream; they will break down much too fast. Instead, I recommend placing them on a wet sponge on the shower floor out of the direct hit of the water stream. Another idea is to place them on a soap ledge and let them break down slowly throughout your shower.

The vapors are great, and they smell fantastic! Just in time for Fall allergies and colds, right?

Have any of you made your own shower soothers? Used them? Going to give this recipe a try?

Thanks again to Sarah at Frugal by Choice, Cheap by Necessity for the recipe.

This post has been shared on Thank Your Body Thursday and Holistic Squid.