When I arrived home from Spain, one of the first things that I did was take a long, hot shower in my own bathroom. About halfway through my relaxing shower I realized that the organizational state of the bathroom I share with my two siblings just wouldn’t do. One afternoon, I spent several hours cleaning it all out…

First, some before photos, of course. The shower was one of the worst offenders. It had tons of half-empty bottles with no place to store them. They ended up sitting around the ledge of the tub where they would fall on your feet as you shower and give you no place to rest your legs while you shave them! 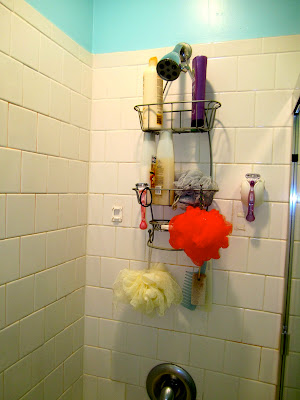 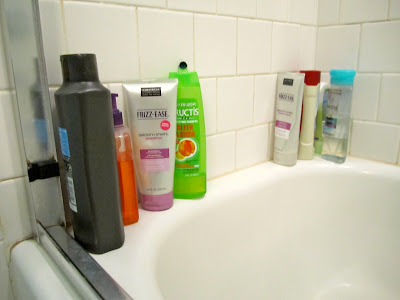 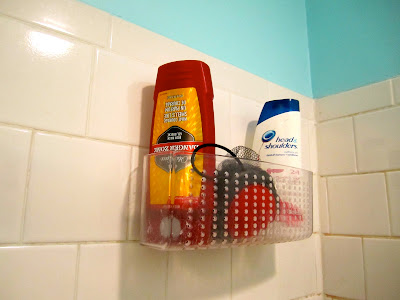 This plastic bin was cracked and damaged, so the products would fall out often. Ouch! 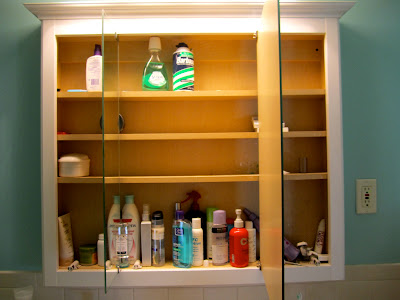 The medicine cabinet above the sink is a great size, but it was being totally underutilized due to the mass of tall products and lack of tall shelves. 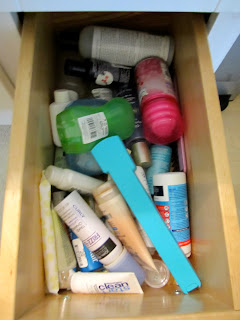 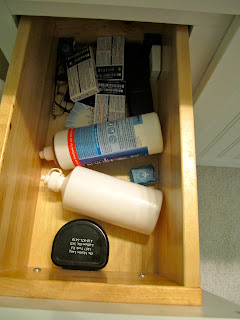 The drawers were a whole different story! 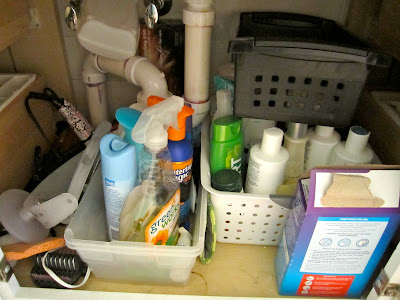 Second to the shower–perhaps just as bad, was under the sink.
So here’s what happened: I put down large beach towels in the hall, and pulled every single thing out of  the shower and all of the cabinets and drawers. I threw out old, empty product bottles. Then I wiped down everything with some 409. 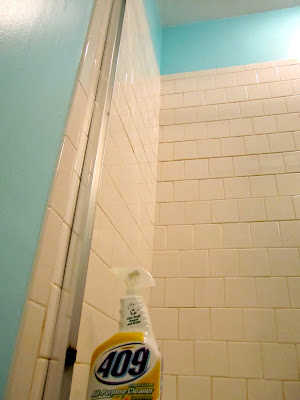 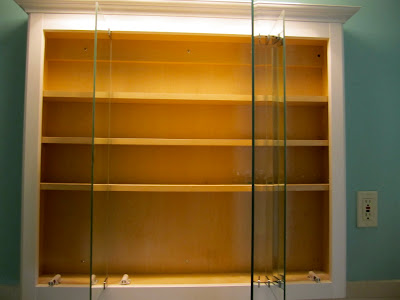 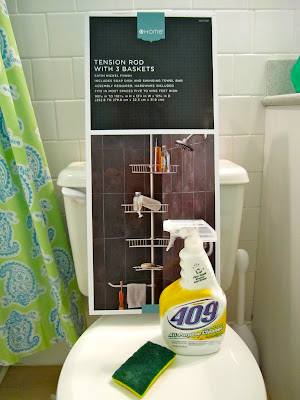 Next, I assembled a tension rod with three baskets from Target for around 30 dollars. You can find a similar one from Kohls here. 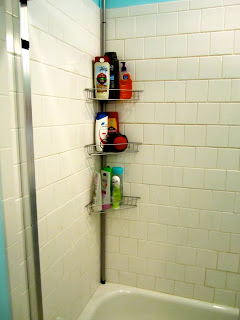 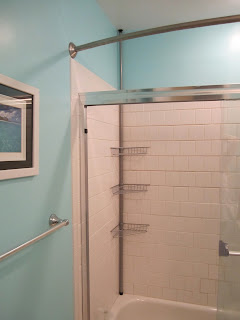 After wiping down the bathtub ring and the ceiling, I installed the rod in the corner of our shower and put all of the products that had been cluttering the tub in it. 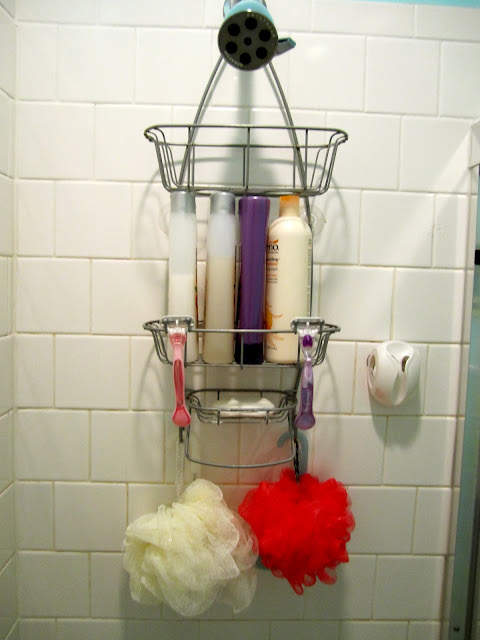 The hanging shower caddy got a clean-up as well. 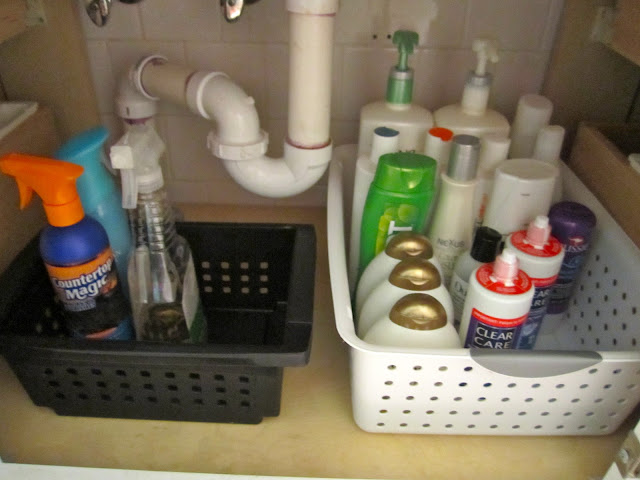 Under-the-sink products were condensed into two baskets–one for extra products and one for cleaning supplies. 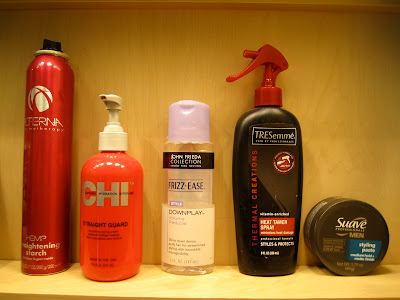 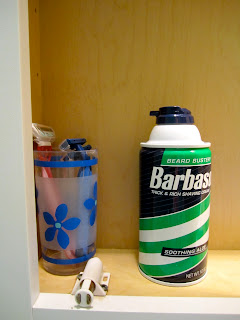 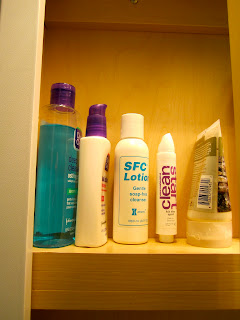 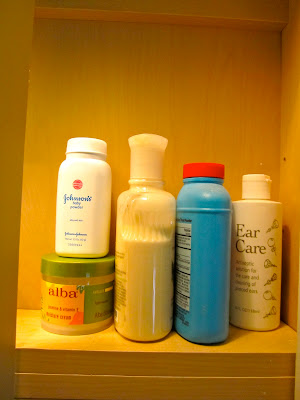 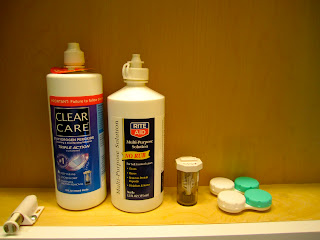 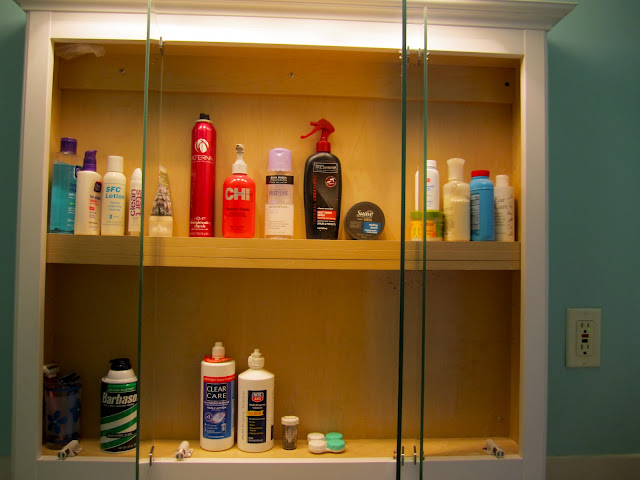 Here’s a shot of the five sections. The sixth is empty so that we always have a bit of space to put our toothbrushes and other items that live on the countertop away when company comes over. Because of the way the cabinet is built, it is impossible to remove the shelves without first removing the mirrored doors. So instead of removing all three doors and risk shattering them, I stacked them together to make one extra-thick shelf. Having two tall shelves instead of four short ones makes the cabinet much more usable.
Here are some side-by-side before and after shots of my bathroom organization project: 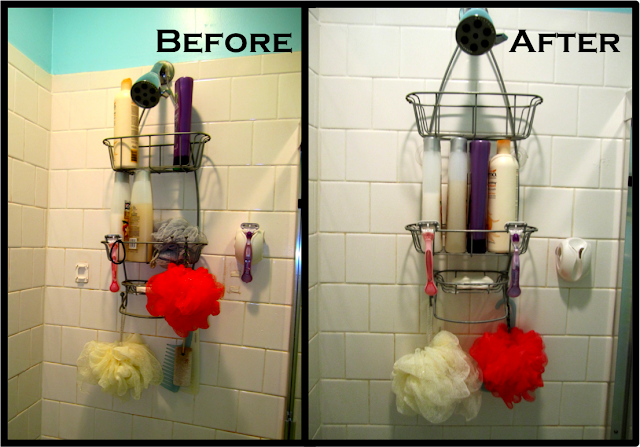 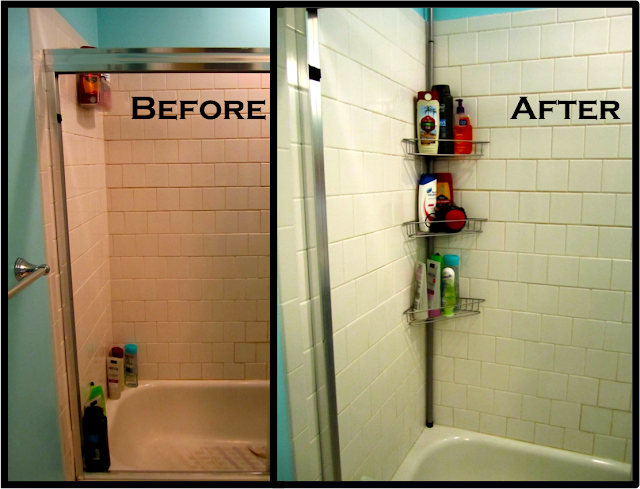 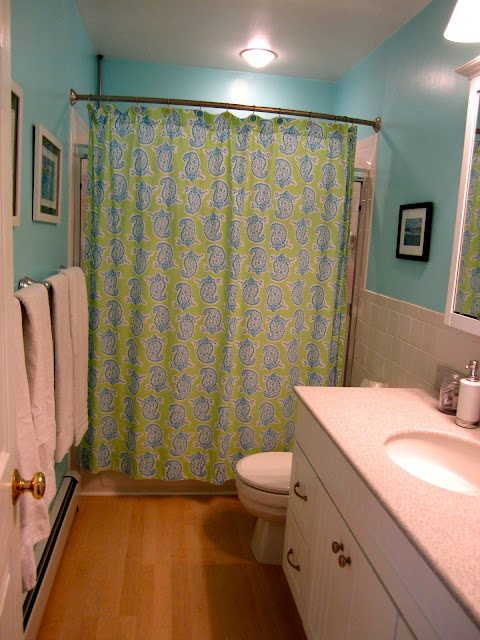