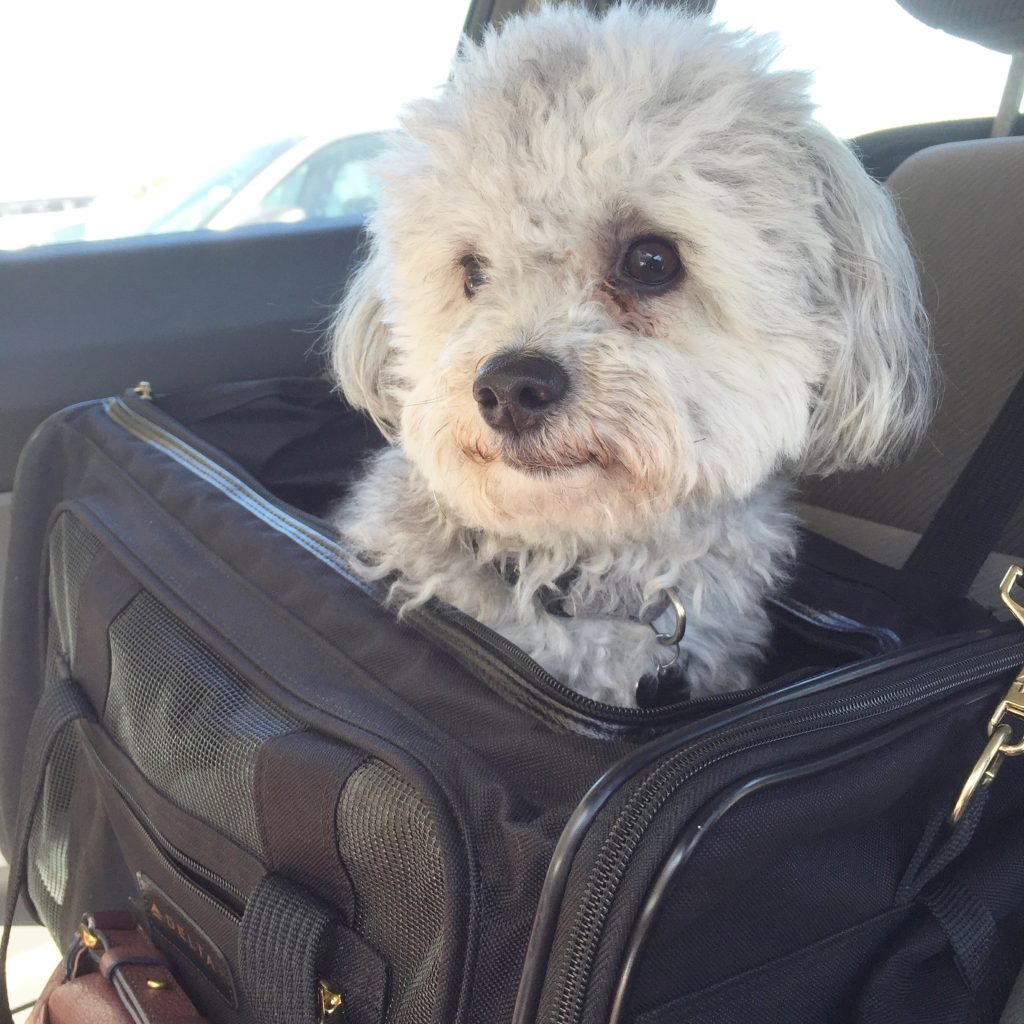 If you haven’t “met” our adorable dog Charley, you can head over to my Instagram and see more puppy photos than you’d ever want or need. Like every married couple who has a dog but no kids, Charley is truly our little baby. I never thought I could have so much love for a dog!

I haven’t written about Charley in a long time, but he’s a huge part of my daily life, even if he doesn’t get a lot of airtime on my blog.

Here are some updates on my Charley Bear, who turns three this September (so really he’s more like 2.75 years old!), for my fellow dog lovers:

// His energy level has decreased significantly

There’s a funny thing about raising a puppy. It seems like one day, suddenly, they’re just no longer puppies. Charley went from having crazy, wild puppy energy to being a more even-keeled, relaxed pup overnight it seems. The first couple of weeks when he started to show signs of settling down, I thought something was wrong with him! I continuously asked Riley if he thought Charley was sick since he was so chilled out, and he, as a lifelong dog owner, reassured me over and over that this was a normal part of a puppy growing up.

But it was so strange! He wasn’t running wild 24/7. He wasn’t chewing on everything. Where I thought it was weird at first, I am now so thankful for his newfound calm. It’s really refreshing!

// He isn’t crated when we leave anymore

Charley has been crated every single time that we’ve left the house since I first brought him home a few years ago! Some dog experts recommend crating puppies when you’re out of the house until they turn three years old, so that’s been our plan from the start. However, once we got moved into our new home and settled in, we both noticed that he seemed to be completely comfortable and relaxed–much more so than when we lived in our apartment.

I think this change can be attributed to a lot of things (our street is very quiet, he has his own yard to play in, etc.), and because of it we decided to see how Charley would do if we left him out. Since he no longer chews on anything but his toys or “gets into things” like he did when he was a puppy, we were confident that he’d be safe. Anyway, we left him out while we went to the grocery store one Saturday afternoon (leaving him with a small treat, of course), and when we came home, he was happily napping on the couch. (Full disclosure: I’m that dog mom, so I set up my iPad to record our front room while we were gone to make sure that he wasn’t distressed. He wasn’t. 😉 )

We’ve kept his crate in our bedroom with the door open, and he often chooses to go in it to nap during the day or to sleep at night, but we no longer close the door and lock it. Crating him has truly achieved the desired effect–it’s given him a safe and secure den where he can sleep and relax! I know it’s his “safe place” because when I vacuum, which he hates, he immediately runs into his crate. I feel bad for scaring him, but it makes me happy to know that he has a place to go where he’s comfortable.

To my great disappointment, Charley was not a terribly cuddly puppy. When he was incredibly tired, he would lay by me (usually in the crook of my knees), but rarely did he ever intentionally curl up next to me for more than just a couple of minutes. (It was devastating. 😉 ) Now, that’s totally different. He often nestles into my arms, lays his head on my chest, or lets me hold him while he sleeps. He’s finally become a legitimate lap dog after almost three years!

I don’t know a lot about dog psychology, but it seems to me that as he’s grown up and relaxed, he’s more comfortable and less skittish, which means more time cuddling with me. Sometimes, he’ll even come into my office and jump onto my lap to sleep for a while, something that he never, never, never used to do. It’s so cute. Even though this behavior shift happened probably six to eight months ago, it still makes my heart soar every time. I always signal for my husband to take a picture, but he usually just rolls his eyes, saying, “You want me to take a picture every time!” Yes, yes I do. (Related: Riley imitating me interacting with Charley. Cue eye rolls and laughter.)

I’m a little embarrassed to say that Charley never graduated from obedience school. I started taking him to “Puppy Preschool,” which was like pre-obedience school, the month I met my now-husband. Since we dated from four hours apart, we spent nearly every weekend traveling to see each other, making his Friday afternoon classes hard to attend.

Over time, we’ve taught him basic commands like “sit” and “come,” but as he’s gotten older, he’s more obedient overall. It seems to me that we can address him, and by our tones of voice, he knows what he’s meant to do/not meant to do. Like, even though we don’t have a rule against him being in the kitchen, if he’s particularly under our heels, we can put him in the living room or den and tell him to stay, and he will. Usually just a verbal “Uh, uh!” is enough for him to obey. (He still has his moments, of course, but he’s a lot more attentive and obedient now than he was as a little guy.) 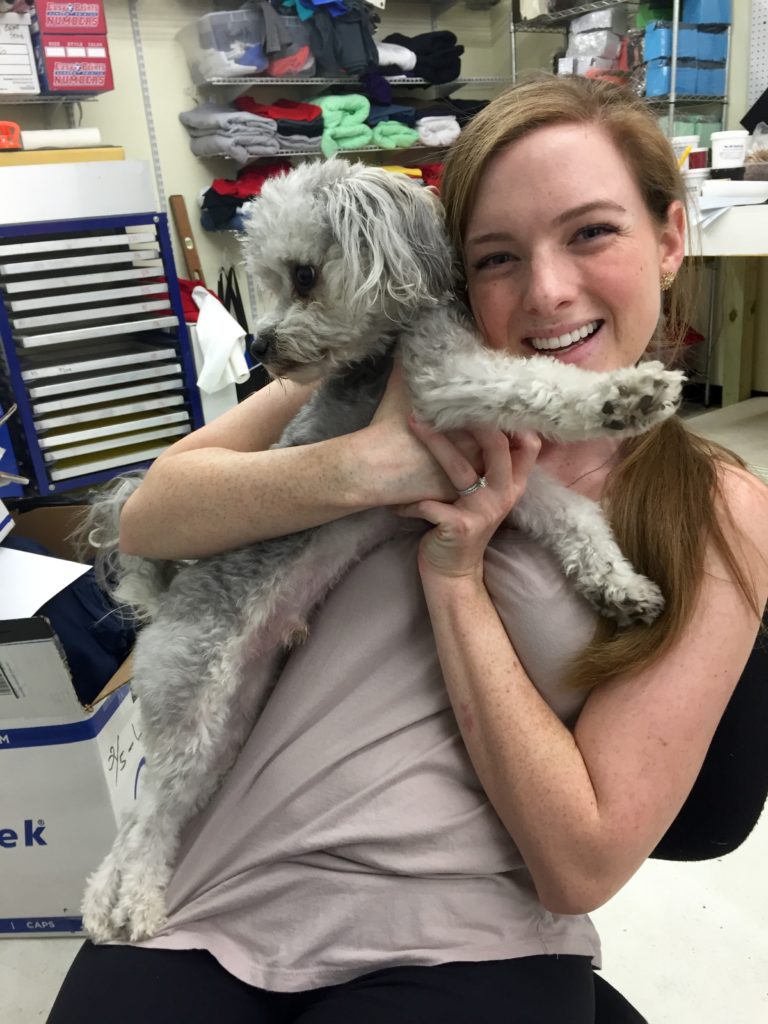 Those are four things that have changed in Charley Bear’s life lately! I love to document milestones and memories in Charley’s life because it’s fun to look back and see how far we’ve both come. He is such a gift!

// If you raised a puppy, did you notice any of the same changes as he/she grew up?